inside the asylum walls 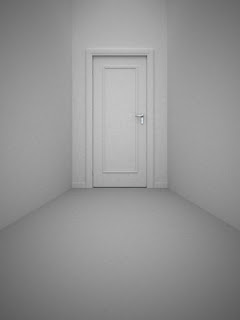 So this conversation just happened. I can not make this shit up:

Coworker 1: Do you want to hear an awesome story?

Coworker1 : So I was out walking my dog yesterday and I looked down and I thought “is that money?” And it was! It was a $5.00 bill.

Coworker 2: Wow! (with what I can only assume was fake enthusiasm)

Coworker1: But then, I lost it. It fell out of my pocket.

Coworker1: But then I was in my back yard watering (note: it was 18 degrees out yesterday) and I found it again!

Coworker 2: Whoaaa! (not sincere at all)


If you have worked in an office long enough and been forced to listen to the same people talk day in and day out, you begin to notice words and phrases they use over and over. My current cube mate, Thing 1, likes to annoy me with the over use of the word awesome! And yes, it has an exclamation point every god damn time.

Most days I try to ignore the fact that if everything is awesome, then really nothing is awesome. But today during an interaction with IT guy, I started tallying how many times she used the word.

IT guy had apparently produced some report for her, and she thought it was so awesome! that I think she may have peed herself. She called two other people on the phone to come share in the amazement of the report. The celebration lasted for 10 minutes and during this time she said awesome! 11 times, used the phrase "so cool" 6 times and told IT guy it was perfect twice.

Somewhere in the middle, she suggested they high five and a GROUP high five ensued. I'm not positive tell but I'm pretty sure IT guy was thinking what the f**k?

My last thought on the matter before I plugged back in and tuned out was this...if she gets that excited over a report produced by IT, her head must explode every time she has sex. Tweet
Posted by Word Girl at 7:10 PM 0 comments

By now, regardless of where you live or what baseball team you support, you know the Kansas City Royals did NOT win the World Series. You also probably know the story they created while chasing the ever elusive title. And you can’t help assume how bone crushing the loss of game 7 was to Kansas City, only one run down a with a player standing on third base for the tying run. But what you don’t know if you don’t live in Kansas City, is how this team transformed a city.

For 29 years, Kansas City existed as a town who, when it comes to baseball, was a town who only “remembered when.” For the older generations, we remembered 29 years ago when we had players like George Brett and Brett Saberhagen who produced a World Series win. Those younger than me lived in a land where they had only heard stories about how great it was to live in a town with a winning baseball franchise.

But this year changed everything. I’m the first to admit that I’m not a baseball fan. I find the sport boring, and I understand very little about the rules and philosophies of the game. Then we approached the end of the season, and we were actually still in the chase. And the city started to get excited. So did I. And then the Wild Card game happened. And suddenly a nation sat up and took notice.

The story is great...the wins, the sweeps, the records, the firsts. But what was even greater was what winning and playing great baseball did to the city. The city turned blue...figuratively and literally. Kids who were never excited about baseball suddenly realized what it all meant to love the game. Families spent more time together on couches and at games supporting this scruffy team who knew how to generate runs and ultimately wins. Neighborhoods congregated in driveways for watch parties. Non-baseball watchers, like me, were introduced to a new way of playing that made me sit up and ask questions. Companies released workers to watch the final game of the series the Royals swept to advance to the World Series.

I spent October in my kitchen, with my husband cheering for plays and players I didn't even know about a year ago. I rushed home from work to squeeze in runs before games. I discovered what it meant to love the game and the players. And what it meant to win and lose as a city.

The World Series brought the nation into Kansas City, a town of great people who welcomed all fans with open arms and showed everyone what it meant to be a native of Kansas City. Our players gave away tickets to fans and drinks to the partiers. The fans gave their October to the players.

We always believed the Boys in Blue could win it all. And even when they fell short, 90 feet away from possibly winning it all, it didn’t matter. We got to watch baseball. In October. We got to see our players win...a lot. We got to see what playing with heart meant. And a whole new generation of kids discovered what it means to love baseball.

Thanks to the Kansas City Royals for making this non-baseball fan’s October a great one. Tweet
Posted by Word Girl at 6:12 PM 0 comments