This was a hard week to start this back up as it was probably the worst week of the year right now....so I've only got three.

1. Winning one against the boss.

a confused state of faith

I stay away from religion...i don't participate in anything religious, i don't partake in discussions about religion, I don't express my feelings about religion...i don't think much about it really. But the other day i read an article about teens today who are "fake" Christians. The article actually warned parents their children are following a "mutant" form of Christianity. The article got me pretty worked up. And not because i don't share similar thoughts of anyone religious but b/c I think its absurd someone would accuse a Christian of not being Christian enough. They accuse these kids...kids who say they think god wants them to do good and feel good, kids who participate in community service and want to make the world a better place...of following a watered down version of their faith that doesn't do them any good. And that doesn't make ANY sense in my head. Why on earth would you fault someone for not being articulate enough about their faith? What difference does it make if they can't spout scripture if they are helping others and bettering society?

This thinking is probably what caused me similar confusion a couple weeks ago during a conversation i had with the step-mother-in-law. We were down at the lake house with the boys and we stayed Saturday night. She had told me the day before she was going to get up and go to church on Sunday. We were fine with that...we figured we would hang out at the house until she got back home. Sunday morning she decided to forgo church and instead go to the beach with us. We don't see each other often and i actually thought it was cool she wanted to instead spend more time with us before we left. And while she did make the decision to not attend church, she then subsequently beat herself up for the better part of the day for not going. When we arrived at a near empty beach she made a couple comments about how all the "good people" were in church. And how she should probably be there too. And it made me a little sad. Because in my head I would think a god i would be interested in would want her to spend time with family out in nature ...even if that meant she wasn't going to sit in a man made place of worship for one Sunday.

My confusion continued again last Saturday as I rounded the corner of my street on the end of my 4 mile run. There was a mini van parked in front of my house...I wasn't expecting anyone. As i walked up my driveway I could tell there was like 5 people inside. I was home alone so i just headed on inside as I wasn't sure what was going on. I watched after I got inside though and out of the car pours 5 adults and two little girls...all armed with bibles. I've seen this before and will see it again...i get it. But what i want to know is what is their success rate? They spent about 30 minutes on my street. I'm assuming they didn't get in anywhere. I'm assuming that much like me, I'm set with what I think and its not going to change b/c an old man and his granddaughter show up at my door with a bible. I guess the thing that confuses me the most is...why can't they take that 30 minutes they spent here and all the other minutes they spent getting no where that morning and instead go do something helpful. There are soup kitchens that need servers and habitat houses that need to be built. There are battered women's shelters that need volunteers and who knows what else.

In the end, everyone has their own opinions and I'm not faulting anyone or ridiculing anyone for their religious beliefs. I think what I think and they think a different way. I guess it just makes me sad the ideas and values and ways of existing that religion is supposed to instill in people are lost in the arguments of whether someone is Christian enough. Tweet
Posted by Word Girl at 8:59 PM 0 comments

I posted not too long ago about Captain Energy's short term memory. Since then I have decided that more times than not its much like that movie Ground Hog Day around my house. After the phone incident it happened again as we were getting ready for a weekend at the lake. My father-in-law has a lake house and we were invited to bring the boys down for a weekend. Once we had told the boys about it, we had then talked about it on numerous occasions throughout the week. We are sitting eating dinner the night before we leave and I tell Mr. Grumpy Pants and Captain Energy that we need to finish packing after dinner. Captain Energy asks what we are packing for. The conversation continues like this: 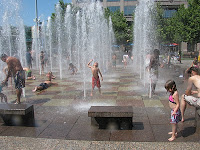 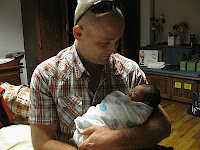 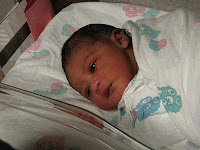 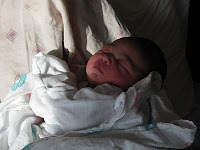 they're on a boat 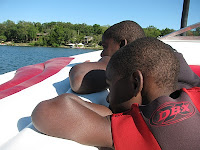 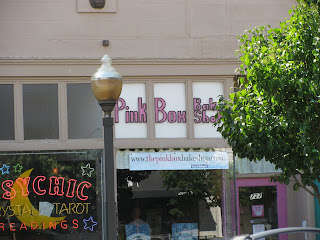 Tonight's 3 miles was accompanied by Brett Dennen, Matt Hires, Imogen Heap, Jay-Z, the Yeah Yeah Yeahs, Lil Wayne and Pitbull (while it may seem like a weird combination it works for three miles) and included a neighbor who some how managed to get pulled over in their own driveway by the friendly Eudora cops and a dog on the back 1/4 mile that about made me piss my pants and the jump start of some words. Tweet
Posted by Word Girl at 8:54 AM 0 comments